18.09.2019. ITS experts from Croatia and Slovenia visit Sector for Traffic Management Information Systems of PE "Roads of Serbia"

ITS experts and representatives of ITS associations from Slovenia and Croatia stayed in Belgrade from 12th to 14th September 2019 and visited the Operational Management Centre Petlovo brdo of the Sector for Traffic Management Information Systems (TMIS) in the PE “Roads of Serbia”. Our experts presented to their colleagues the work organization and functioning of ITS systems installed on the Republic of Serbia road network.

Zoran Pešović, the executive director of the TMIS in the PE “Roads of Serbia” has estimated that the visit of the colleagues from Slovenian and Croatian umbrella associations was very useful because of the direct exchange of information among colleagues from countries with well-developed ITS systems in traffic, who, in his opinion, can provide information useful for the development of our traffic engineering, management and designing of ITS systems, for more efficiency and effectiveness considering the intense development of ITS systems in Serbia. Since Serbia needs to define its method and level of organization for ITS experts, the PE “Roads of Serbia” has already started an initiative for establishing a professional body in our country, Mr. Pešović pointed out and added that, through such collaboration with international organizations, domestic potentials of the ITS sector would be strengthened. The PE “Roads of Serbia” has been strengthening its ITS systems and intends to establish three more regional centres, beside four existing operational management centres, on its new highway network – in Niš, Čačak and Novi Sad, and before that, a national centre in Belgrade as well.

Ilija Neden Dimitrou, manager of the Department for ITS in the PE “Roads of Serbia” pointed out that the guests were presented with the work of the Centre for Traffic Supervision and Management Petlovo brdo and that the exchange of experiences and knowledge with the colleagues will be used for providing a better service to road users.

Robert Rijavec from the Slovenian ITS Society has estimated the visit as very useful for the development of current and future collaboration and thinks that they have grasped, through exact examples, a high level of ITS systems application on the Serbian road network, which is making a good progress and is not lagging behind the European countries.

Robert Kompan, manager of the Traffic Department DARS from Slovenia pointed out that ITS systems management is the key for traffic flow and safety so the communication among experts is crucial for better functioning and organization of the systems.

Sadko Mandžuka, president of Croatian ITS Association has also emphasized the cooperation of expert colleagues, as well as the fact that he was personally convinced of the high level of implementation and development of ITS systems in Serbia. He noted that, due to increased demands of the profession and projects with the EU, Croatia has also established a Department for ITS on the Faculty of Traffic and Transport Sciences.

The group of more than fifty ITS experts from Slovenia and Croatia has, beside the PE “Roads of Serbia”, also visited the Agency for Traffic Safety of the Republic of Serbia, the City Administration of Belgrade – the Secretariat for Public Transport and the Secretariat for Traffic, i.e., the Operational Control Centre for Public Line Transport and the Traffic Centre.

You may watch the aforementioned statements on the following link:
http://www.putevi-srbije.rs/index.php/en/gallery/video-gallery/13-09-19-poseta-operativno-upravljackom-centru-beograd 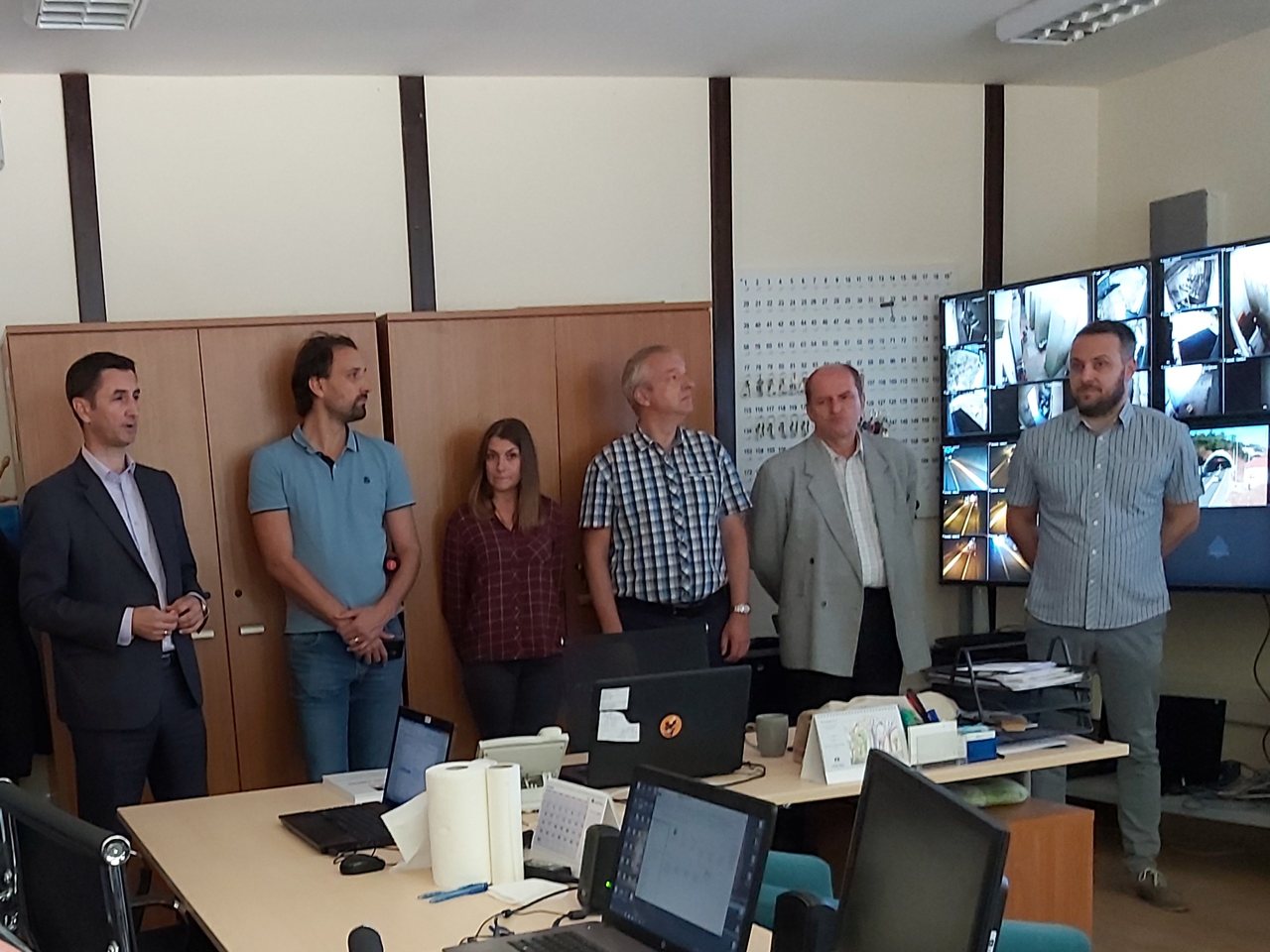 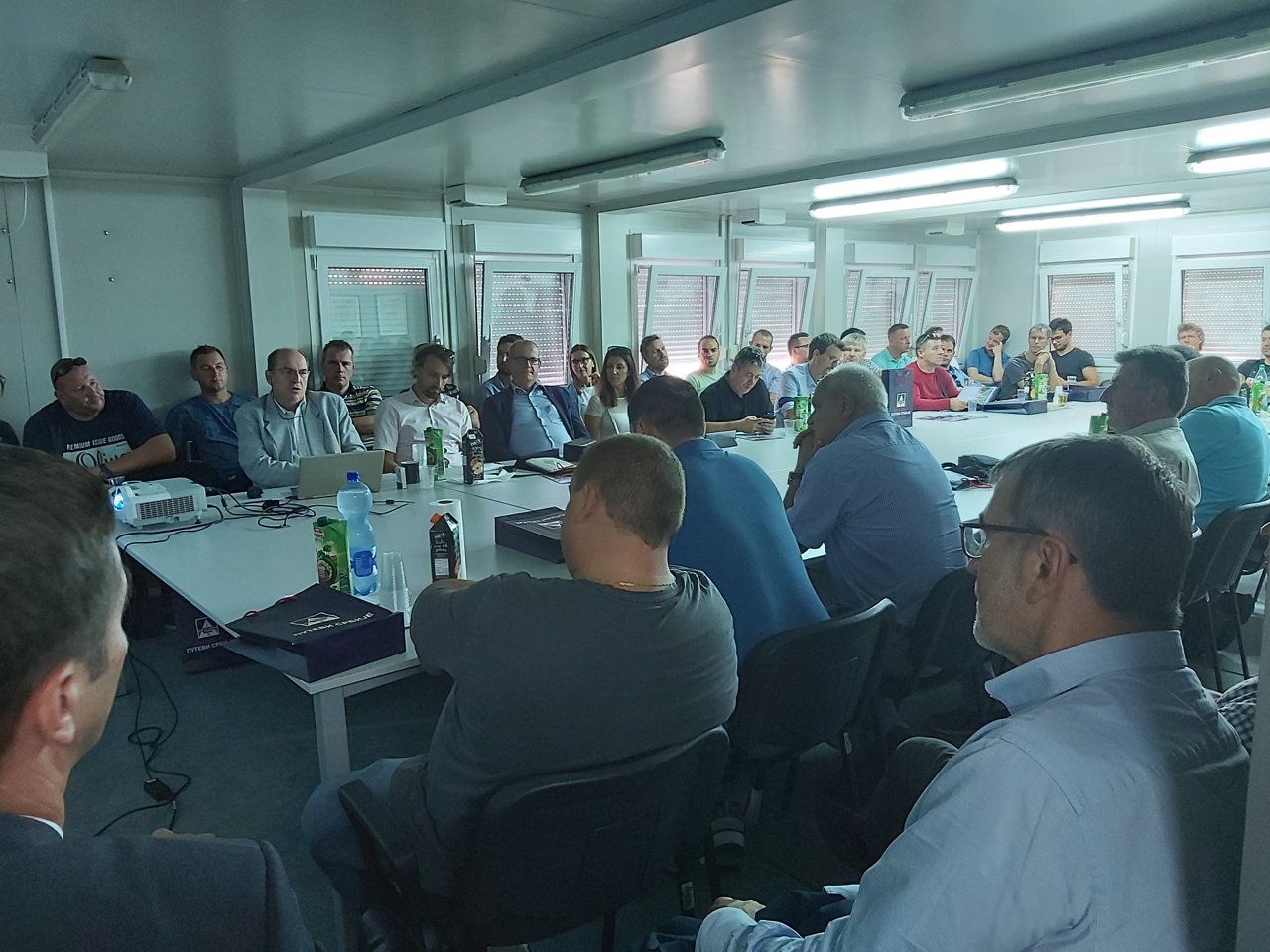