Start of the construction of “Petlovo brdo” Interchange

Pursuant to the Settlement Agreement which was signed in 2016 with the claim submitters, PE “Roads of Serbia” prepared a new design in 2017 with the following features:

2. Only the first phase of the design of “Petlovo Brdo” Interchange will be executed, i.e. direct and indirect ramp in the zone of park-forest “Borići” will not be constructed. 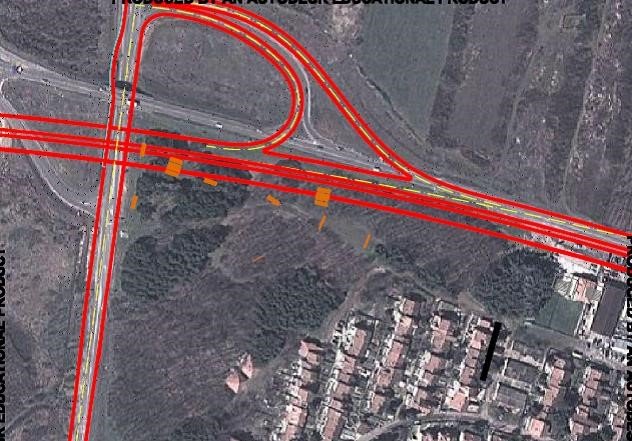 3. Almost entire green belt will remain in the park-forest “Borići” (87%), i.e. more than 1400 of the existing trees will be saved. Trees that will be logged for the purpose of Ibarska magistrala road passing along the periphery of the park-forest “Borići” will be entirely compensated with intensive afforestation, i.e. with the planting of new seedlings in the park-forest zone. For these purposes, with the involvement of the utility company “Zelenilo Beograd”, a separate landscaping design was made which will be implemented during the interchange construction.

4. Ibarska magistrala road will be widened on the opposite, uninhabited side compared to the settlement “Petlovo brdo”. The existing main road in the zone of commercial facilities remains in place and none of the existing facilities will be jeopardized with the realisation of the project.

6. Citizens of Petlovo brdo have enabled with their initiatives and proposals for the modified design of the interchange “Petlovo brdo” to contain additional two benefits:

- Modern kids’ playground will be constructed in the park-forest “Borići” without damaging or logging any additional trees.

- Traffic noise from the main road will be significantly reduced in the zone of the park and settlement with the construction of noise protection barriers on the segment of the main road along the park-forest “Borići”.

The start of the project implementation is planned for autumn 2017.

PE “Roads of Serbia” expresses gratitude to all residents, citizen associations and other interested parties which enabled with their participation in the negotiations, giving of proposals and suggestions, to amend the original design solution so as to imply safe traffic on this part of the main road with simultaneous elimination of negative impacts of the project both on natural and social surroundings.