Department for Traffic Safety is a part of the Sector for Strategy, Designing and Development.

Main tasks of the Department for Traffic Safety on state roads of the Republic of Serbia are the following:

Department actively follows all innovations and achievements in the field of traffic safety, participates in professional meetings and seminars as well as in different committees (harmonization of technical standards in this field) and tracks novelties on the market of materials used for this purpose.

on the roads in the Public Enterprise “Roads of Serbia” is as follows:

This Policy will be implemented through midterm and long-term activity and development plan and annual Business Plan of the PE “Roads of Serbia”. Road Traffic Safety Policy is harmonized with the Maintenance and Environment Protection Policies. 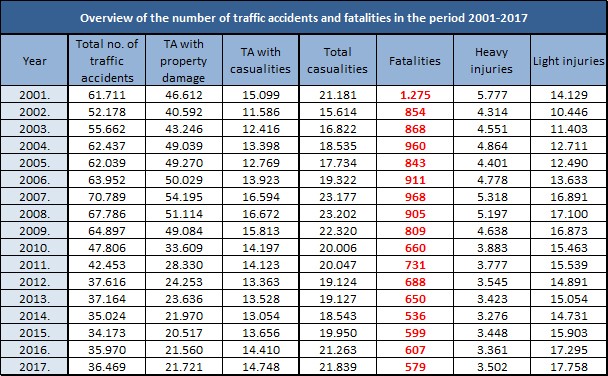 Table 1. Overview of the number of traffic accidents and fatalities in the period 2001-2017.

Existing statistical researches can hardly give precise separation and ranking of the degree of impact of road on the process of traffic accident occurrence, due to the complexity and interactions of all factors. 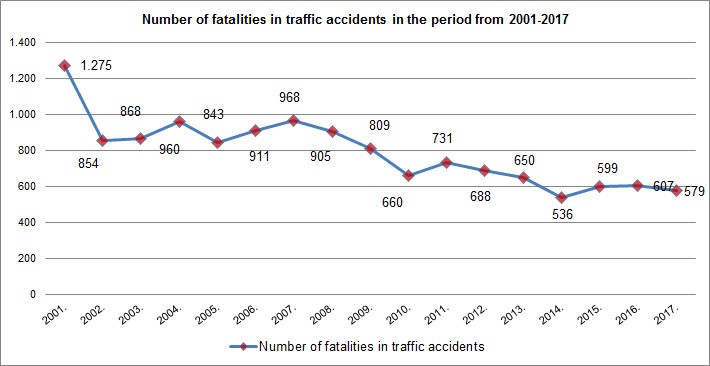 EU developed countries recognize traffic safety as one of key fields in transport policies, where black spots management is one of priority actions. For road managers in the EU, black spot management programs represent the most efficient approach with direct impact on the decrease of the number of fatalities on roads.

Black Spot Management Program is a procedure for detecting locations of extremely increased danger in traffic and for the definition of measures for remedying that location.

Due to the lack of official national methodology for defining dangerous locations – “black spots” on I A, I B and II category state roads, current foundation for activities is presented by recommendations and guidelines of Swedish experts prepared under the program of cooperation between PERS and Swedish Road Administration (Twinning Agreement).

“Study on methodology for identification and management of dangerous locations (black spots) on state roads of the Republic of Serbia” (Faculty of Traffic and Transport Engineering, Belgrade University) was realized as well establishing methodological procedures for black spot identification, ranking and management for further activities.

Within the implementation of the Project for motorway construction on Corridor X, company “Koridori Srbije” and consultant Louis Berger SAS signed the consulting services contract for Technical Support for Traffic Safety where the PE “Roads of Serbia” and its Department for Traffic Safety are recognized as one of key stakeholders.

As a part of the projects financed by international financial institutions (WB, EIB, EBRD), the Department actively participates in the activities connected with road safety audits.

Sector for Strategy, Designing and Development